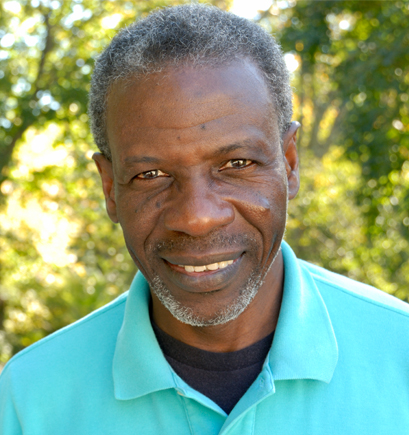 We specialise in treating trauma as part of our addiction recovery programme.

How we treat addiction

There are lots of options when treating addiction, we use a holistic approach trying to encompass physical, mental and spiritual aspects of recovery.

We believe in the 12-step therapy model, and continues to use it, proving its powerful healing effects. All individuals suffering from addiction can benefit from the programme at Liberty House.

Our patients can discover the original causes for their addictions. Trauma therapy aids long-term recovery by treating the core issues and not just symptoms.

During their stay, our clients will have the opportunity to be treated via Cognitive Behavioural Therapy (CBT). Proven treatment for a number of health and mental health issues.

Meditation helps the mind to find the focus it is missing, helps improve blood pressure, and to find tranquility. Via this method, our patients also balance out their breathing.

Finding an own way to communicate with the world is important when healing from all addictions. Our team of skilled specialists will help you express yourself and discover the healing power of music.

It is through creativity that we help our clients rediscover the beauty of the world around them. Through Art Therapy, they learn new ways to express their feelings and emotions.

The addictions we treat

Alcohol is a socially acceptable substance and one that is regularly consumed by the vast majority of adults across the UK. While sensible drinking is considered acceptable, millions of people are regularly drinking more than the recommended daily amount. Alcohol addiction is an illness that develops over time and those affected rarely realise they have a problem until they are already in a potentially dangerous situation.

Although most people consider harmful substances such as alcohol or drugs when they think of addiction, the reality is that it is possible to become addicted to almost anything. Addiction is characterised by the inability to abstain from a particular substance or activity even when doing so has a negative impact on a person’s life. It is possible, therefore, for individuals to be addicted to things such as love or sex; in fact, this is a growing problem for many throughout the UK.

More on Sex and Love Addiction

Individuals are considered to have an eating disorder if they have an unhealthy attitude towards food. If this attitude causes them to change their behaviour and eating habits, then it can cause harmful consequences both physically and mentally.

Dual diagnosis is the term given to a patient who is suffering from a mental health condition at the same time as an addiction to substances such as alcohol or drugs. Dual addiction is a complex condition and, as such, many rehabilitation clinics do not treat patients with the condition. However, here at Liberty House Clinic, we have experienced staff with the necessary skills to help patients overcome their problems.

Most people have their ideas of what addiction is and, unfortunately, their opinion is usually one that has been formed by watching TV programmes or Hollywood blockbusters. Those who have no experience of addiction are unaware that it is a recognised illness. Stereotyping leads many to believe that those who have addictions are bad or morally weak individuals.

The term ‘depression’ gets bandied about quite a lot by people feeling miserable or sad. Many often describe themselves as depressed when they are upset about something or are otherwise unhappy. For that reason, many individuals think of depression as a trivial problem and not one that is a genuine mental health issue that can be debilitating to those who suffer from it.

Co-dependency is the term often given to family members of those with addictions if they begin to exhibit similar characteristics to those displayed by their addicted loved one.

The family unit is one that can be described as being similar to a tree, with various branches growing in all directions but all with the same root.

Benzodiazepine addiction is very common, mainly due to the fact that a tolerance to this particular drug only takes as little as two weeks of daily usage. The first form of this prescription drug was introduced to the UK in 1960, known as Chloradiazepoxide (Librium). This was followed three years later by Diazepam, a common form of prescription drug that is prescribed for anxiety and as a muscle relaxant. By 1983 there were already 17 different types of Benzodiazepines on the market in Europe. Today this has increased further to over 30 different types of this drug.

Cannabis is a drug that is widely accepted around the world, with many countries legalising it. But much like alcohol, just because it is commonly used and safely used by many, does not mean it isn’t harmful. It can often be hard to get a cannabis addict to see the damage they are causing to themselves and others. They will usually offer many arguments as to why it is safe, backed up by information taken from Pro Cannabis sites and articles.

Cocaine is a Class A substance that can be smoked, snorted, ingested or injected. A powerful short acting stimulant, it comes in powder or crystal form. Freebase and Crack are also forms of Cocaine and vary in their intensity of high and longevity in their effect. All forms of Cocaine are extremely addictive, not so much in the physical sense but more so in the psychological sense. Cocaine is an illegal substance and intent to supply can carry heavy prison sentences.

Codeine is a commonly prescribed and over the counter opiate painkiller. Derived from Morphine it is stronger than Paracetamol or Ibuprofen. It is used medically to relieve mild to moderate levels of pain and as a cough suppressant. It comes in different strengths and manufactured under different brand names. As well as providing effective pain relief, it is also provides the individual with a feeling of well-being. The effects depend on the user, some feel stimulated with increased concentration and stamina, whilst others feel drowsy and unmotivated.

Most individuals, who suffer from a gambling addiction, do not realize that there is help available to help them stop and stay stopped. Just because they are not addicted to alcohol or a drug, does not make the addiction any less damaging to the sufferer or to their families and loved ones. Gambling can be seen as harmless recreational fun and for most, it is. However, for those with an addictive personality it can cause devastating consequences. The addict’s brain receives a high and pleasurable experience from the anticipation and preparation put in to the gamble, and the reward when they win.

Heroin is a Class A drug that is widely known for its dangers, lifestyle and effects. As one of the most powerful drugs you can buy, users can become physically addicted within a matter of days. Heroin can be smoked or “cooked up” (the process where Heroin is vaporized into a liquid) and injected. Many users progress from smoking Heroin initially; to doing the one thing, they said they would never do…injecting. Injecting carries more health risks but produces a quicker and more intense high. The reason many users progress on to injecting is that they quickly develop a tolerance to the drug.

Simply give us a call and we will guide you through the process.

On completing treatment we offer lifetime support for your recovery.

We use cookies to ensure that we give you the best experience on our website. If you continue to use this site we will assume that you are happy with it.OkRead More

Our clients’ health remains a priority during the COVID-19 pandemic, so our doors remain open throughout lockdown for anyone that needs support. Click here to read our safety guidelines.